The Role of Emotions and Stress on Multiple Sclerosis

The idea that there is a relationship between your levels of stress and MS (multiple sclerosis) dates back a century. The idea has now been supported by modern research. 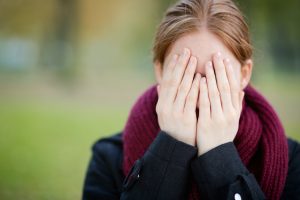 “Grief, vexation, and adverse changes in social circumstance are related to the onset of MS” Jean-Martin Charcot

French neurologist Jean-Martin Charcot, in 1868, gave the first full clinical description of the relationship between stress and MS.  He made the connection between psychological stress and MS. He documented how continued grief and emotions such as worry, frustration, and anger was related to the start of symptoms of multiple sclerosis. (Read more here)

Modern Research on Stress and MS

As early as 1958, an article ”The Etiologic Significance of Emotional Factors in Onset and Exacerbations of Multiple Sclerosis: A Preliminary Report”,  surveyed the literature dealing with the psychological aspects of MS. It found emotional stress (family history, early history, social and sexual adjustment) relevant in the onset, exacerbation, and relapses of MS. Later another paper, “The Role of Psychological Process in a Somatic Disorder: Multiple Sclerosis,” also drew attention to emotional stress. Specifically, it found that

“the involvement with a parent, a lack of psychological independence, an overwhelming need for love and affection, and the inability to feel or express anger”

were possible factors in the natural development of the disease.  This paper also found a common characteristic of those recently diagnosed or has

“a gradual realization of the inability to cope with a difficult situation that provokes feelings of inadequacy or failure.”

Stress was also directly linked to MS.  In the research paper “Stress and Its Relationship to Acute Exacerbations in Multiple Sclerosis”  published in the Journal of Neurological Rehabilitation, people with RR MS were four times as likely to suffer exacerbation if they were

“burdened by qualitatively extreme stress, such as major relationship difficulties or financial insecurity”.

The Journal of Neurology, Neurosurgery, and Psychiatry published several studies, also found this relationship of “increased severe events and marked life difficulties” proceeding onset or exacerbation. Marital conflicts were also much more frequent.  And in 2013, a study, “The Influence of Stress on Psychosocial factors in Multiple Sclerosis: a review”  found that people with MS have more unwanted stress or traumatic events between 6 months and two years before onset. Additionally, it found that those with MS have between 2 to 3.4 times more childhood trauma than the general population. The study recommended completing pharmacological treatment with psychosocial therapies. The goal is to teach coping strategies and provide social support, to break the vicious cycle.

Research on the Stress and MS – Psychosocial Factors of Multiple Sclerosis

As we see, modern research supports Charcot’s finding on stress and MS.  Technically they call these emotions and social circumstance – psychosocial factors.

A recent study in 2009, “Relationship between Psychosocial Factors and Onset of Multiple Sclerosis” investigated the connection between the onset of MS and psycho-social variables. It suggested that they could serve as predictors both of onset, development, and relapse. The study showed those diagnosed with MS have more negative emotions, depression, anxiety, obsession, phobia, tense interpersonal relationships, and somatization.  It also found a more substantial number of negative life events, family problems, and use of social support .

Stress and Inflammation in People with MS

Research has also demonstrated how stress affects levels of inflammation in people with MS.  This increases the need to address stress and the specific psychosocial factors behind MS.

One fundamental question I have not been able to find in research is “how does stressful events directly affect inflammation?” I believe it is not from the event itself but from the personal way of responding and the meaning we make of these stressful events. Viktor Frankl describes it well in his book:

It is not WHAT happens in our lives that determines if we will survive and prosper, but how we RESPOND. Viktor Frankl, “Man’s Search for Meaning”

For me, the key is what I call mental patterns or coping personality. Are your beliefs, behaviors, coping skills, and self-identity supportive or detrimental to life’s stressors? Do you feel a total loss of control, worthlessness, feeling like the world will come to an end, or horrified at the thought of failure? Or is life’s stressors a nuisance to deal with until it’s over?  I believe it is this highly charged attitude around failure and control that the immune system reacts to.

One paper, “The Role of Psychological Process in a Somatic Disorder: Multiple Sclerosis: The Emotional Setting of Illness Onset and Exacerbation” points in that direction.

There are similarities in psychological processes, characterized by difficulty in coping and feelings of helplessness after a psychologically stressful event in people with MS.

In my view, the immune system is reflecting your personal response to life’s challenges. Psychosocial therapies, such as hypnosis and neuro-linguistic programming (NLP), could help transform these responses significantly, reducing the over-reaction of your immune system and improving your health. 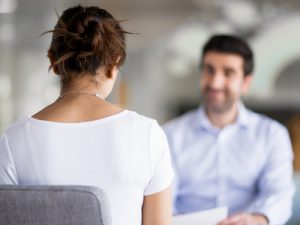 Similarly those diagnosed with multiple sclerosis could benefit from any psychological treatments that addresses stressors directly.

After doing an independent study myself, I also concluded that addressing the deeper psychosocial factors, what I refer to as mental patterns or the MS Personality, significantly improves quality of life and reduces symptoms of MS (including brain fog, pain, incontinence, and imbalance).

Want to begin to address the underlying stressors behind your symptoms?