What does your psyche have to do with getting MS? 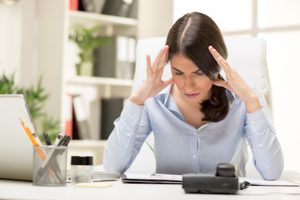 What do Mental Patterns have to do with MS? That’s what I couldn’t figure out at first and yet there they were! When I began working with Multiple Sclerosis (MS), I kept noticing that there were similar beliefs, behaviors, and even childhood experiences.  It couldn’t be a coincidence could it?

Welcome to my world.  At first, both my clients and I thought that the disease was some error of the immune system. My clients would explain that their goal was to become as physically healthy as possible – through foods, supplements, detoxing, and exercise. That would lower the inflammation in the body and the immune system would be pacified and, hopefully, stop attacking.  That sounded like a good plan. Has this been your strategy?

But that strategy doesn’t cover everything that is creating stress in the immune system. And this is where the mental patterns come in. Apart from common symptoms of MS and similar strategy to try to heal, what I found over and over again was similar personalities and similar stressors. So what if that personality and those stressors was  somehow ‘inflamming’ the immune system and causing inner havoc?

After a decade working with MS, spending 18 months doing a research study, working with one-on-one with clients, study the mind-body connection, and interviewing those that were succesfful in reversing their symptoms, I found the connection. From this work, I have come to the conclusion:

People diagnosed with MS have ingrained mental patterns, or personality traits, specific to their symptoms. When those mental patterns are transformed using a combination of methods that bring (1) insight into a person’s limiting patterns and (2) resources to modify those patterns, the symptoms decrease and frequently disappear.

This site is all about my discoveries. You will find posts on the different aspects of those mental patterns, a personality quiz to get a small sample of what you have in common with others diagnosed with MS, a free class to really start to dig into those mental patterns, and, those that really want to create change from the inside out, group sessions as well as one-on-one sessions.  The purpose of all these avenues?  To help you understand how these traits affect your physical health and means to transform them.

In my work with my clients, both in group and individually, I use a combination of  hypnotherapy, guided visualization, Psych-K, and NLP to reveal and transform the patterns. I have found that, when those patterns change, the symptoms oftentimes change too.  There even seems to be a connection of type of pattern and symptom, though its less clear.

Thus, as not all people with MS experience the same symptoms, not all these patterns are present in every person with MS. But the majority of them are. So let’s look at what those patterns are.

What are mental patterns of MS?

Mental patterns are beliefs about yourself and others, behaviors learned to deal with stress, and ways of looking at the world.  These patterns become our personalities – how we show up in the world.

In functional medicine and psychoneuroimmunology, these patterns are called the psycho-social cause of the disease.  Some examples of those patterns are:

Do you also struggle with these beliefs?

The Mental Patterns of Multiple Sclerosis

I have taken the beliefs, behaviors, and traits I have continued to find in my clients diagnosed with MS and grouped them into categories:

Patterns such as being externally identified (you feel worthy only if you are successful in the world), disconnected from your body (ignoring any discomforts for as long as possible), and wanting control (trying to plan everything months in advanced), can leave a person and their immune system depleted, stressed, and burned out.

Examples of each one of these groups can be downloaded as a pdf here: 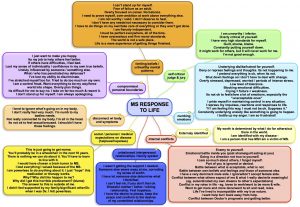 These particular mental patterns, or personality traits, are not your fault, nor did you intentionally make yourself sick. These patterns were created in childhood. They aren’t negative behaviors really so they were probably reinforced by your culture, the economy, and society (this is the reason that certain societies have a large number of people diagnosed with MS and other societies don’t).

You will probably be asking, my Dad or my best friend has a lot of these traits, so why didn’t they get MS? Why only me? You are correct in that. Many people will live with similar mental patterns without getting MS.  So what causes the immune system to inflame in some cases and not in others? This is the other thing I found in common with my clients:

“An individual’s emotional makeup, and the response to continued stress may indeed be causative in the many diseases that medicine treats but whose [origin] is not yet known–diseases (including) multiple sclerosis.” – Noel B. Hershfield, clinical professor at the University of Calgary.

Together, sustained stressors and the MS personality developed in childhood, push the immune system over the edge.

The changes in the mental patterns of MS include:

Ready to learn how?